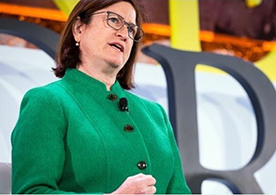 The links below offer some coverage of Dr. Clark’s testimony.

PBS NewsHour
In PBS NewsHour coverage on Dr. Clark’s appearance at White House meeting in June 2017, she was quoted as telling the commission that to lower deaths resulting from opioid use disorder, decision makers must support evidence-based treatment, evidence-based prevention and workforce development to get help where it’s needed.

Statnews
She is quoted in this link commenting on the lack of efficiency in Medicaid spending for care that is evidence based.

White House Coverage
The following link if full coverage of the White House meeting in June. Dr. Clark appears at 1:02:50 and in the Q&A at 1:35:20.

State Medicaid Rules can Be a Hurdle in the Battle with Addiction
Dr. Clark has spoken frequently on how state Medicaid rules often hurt in the battle against addition. See two media citations in October 2016 in the following links:

Congress and the Opioid Epidemic
In the following link you can read Dr. Clark’s assessment for working with the 115th Congress on the opioid epidemic.

Dr. Clark is interviewed by Fox News Health on how to help someone who is addicted to drugs.

Physician Limitations on Prescribing Buprenorphine Can Create Roadblocks to Care
Currently there are limitations on the number of patients for which a physician or advanced practitioner can prescribe buprenorphine when it is being used as a Medication Assisted Treatment (MAT) in addiction. These limitations are restricting access to care and Dr. Clark has been working hard for years to have these limitations increased to more appropriate levels. Below are several examples of her efforts to speak out on this issue.

The American Journal of Managed Care is the leading peer reviewed journal in managed care. Dr. Clark comments in video and written format on how restriction on physician prescriptions for buprenorphine can create several patient access roadblocks when needed for opioid addiction.

This link takes you to a Q&A on the subject of the buprenorphine prescribing limits.

This link takes you to an interview with CHNI on the same topic.

More discussion on the cap on buprenorphine prescribing in the legislative process in the following links: